A Chrome extension to process clipboard text and render markup usable in Jira.

TablePlus is a Chrome extension to transform the contents of your clipboard and render markup text usable in Jira.

TablePlus adds entries to the context (right-click) menu in Google Chrome, so that when you are entering text you can do some enhanced pasting:

Install it from the Chrome Web Store

TablePlus is developed on and hosted with GitHub. Head to the GitHub repository for code downloads, bug reports, and feature requests.

Suppose you have a section of a spreadhseet or a portion of output from a database client program you would like to include in a Jira comment:

After selecting, and copying the data, right-click in the Jira comment field, and select the TablePlus context menu entry for “Paste Jira Table Markup”: 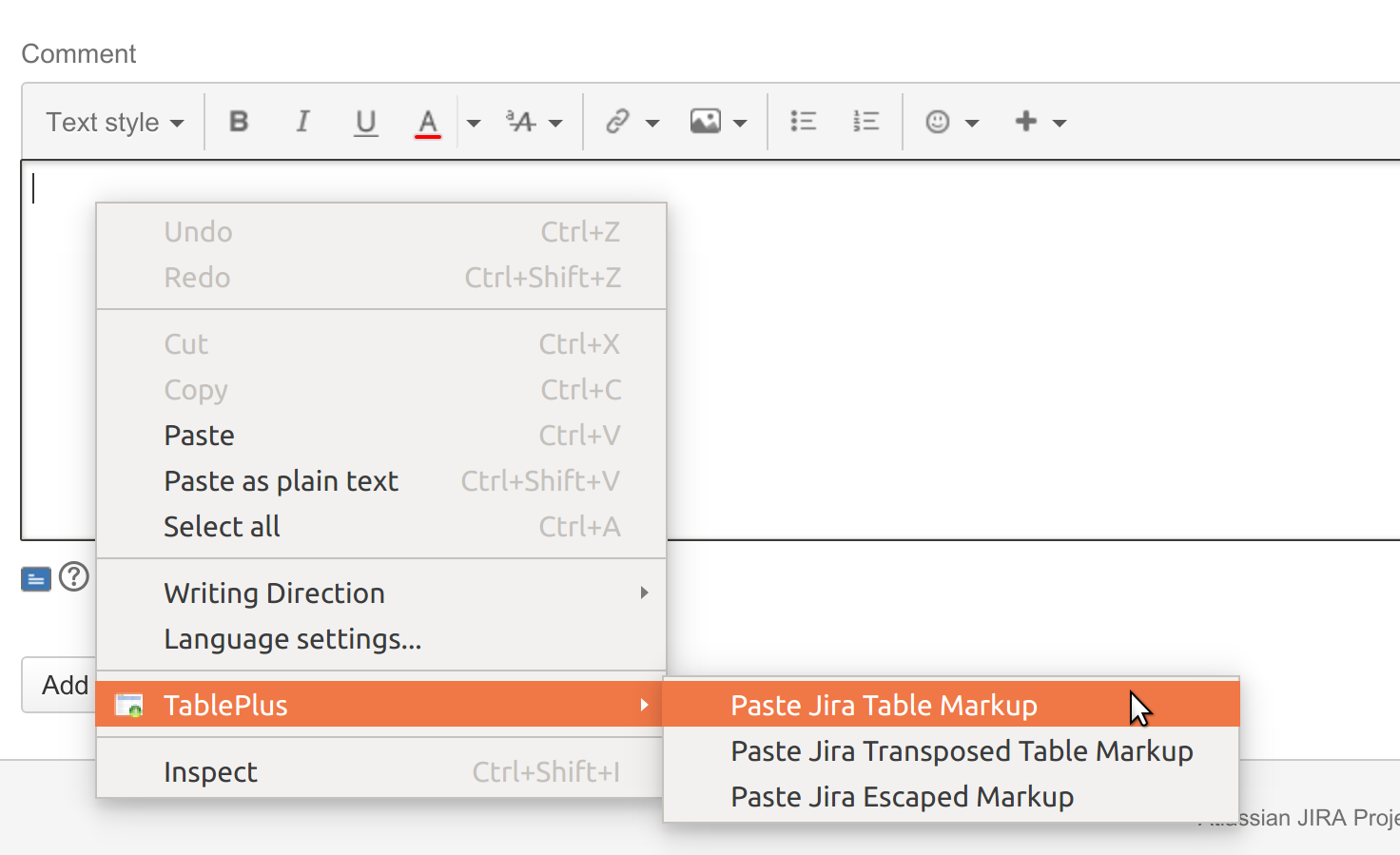 TablePlus will transform the clipboard data into the markup that Jira expects in order to render the table appropriately. After pasting, you can click the small “preview” icon on the lower-left to see what the final outcome will be: 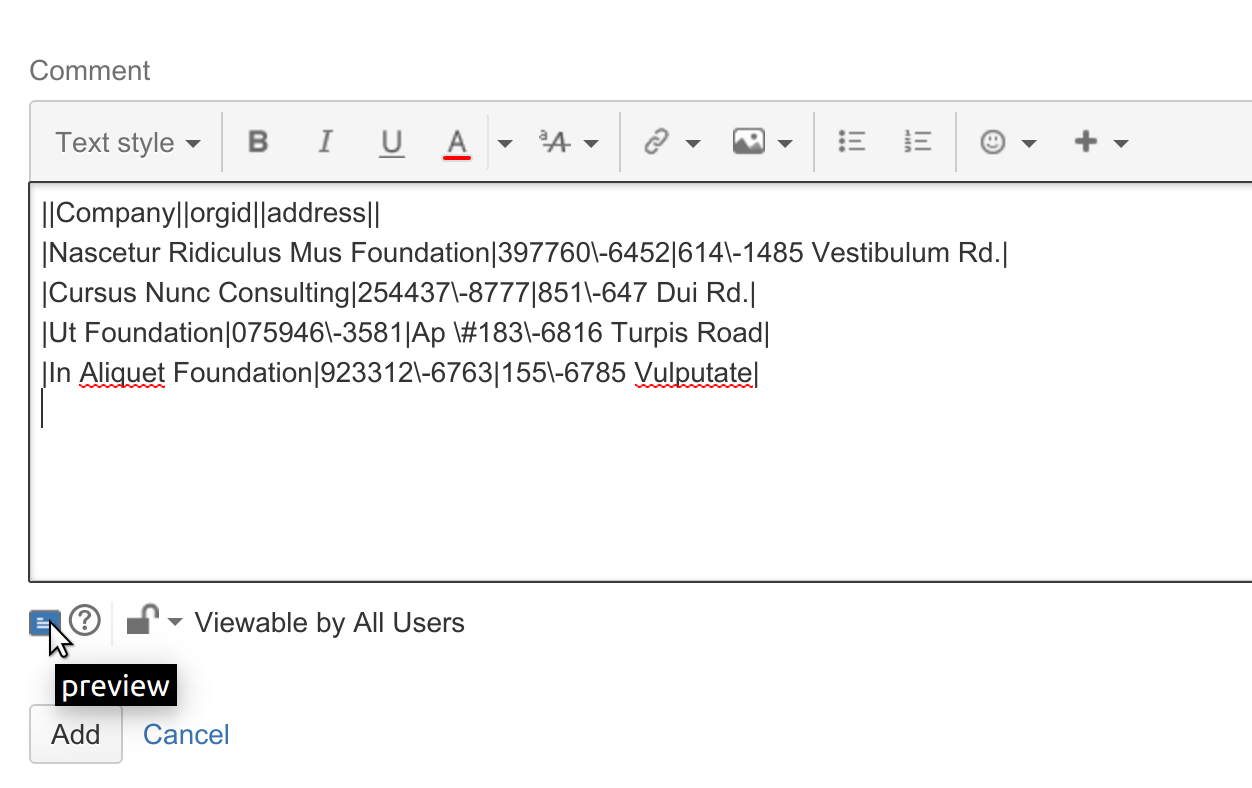 …and we see that we are taking full advantage of the Jira table rendering features without typing a single pipe character: 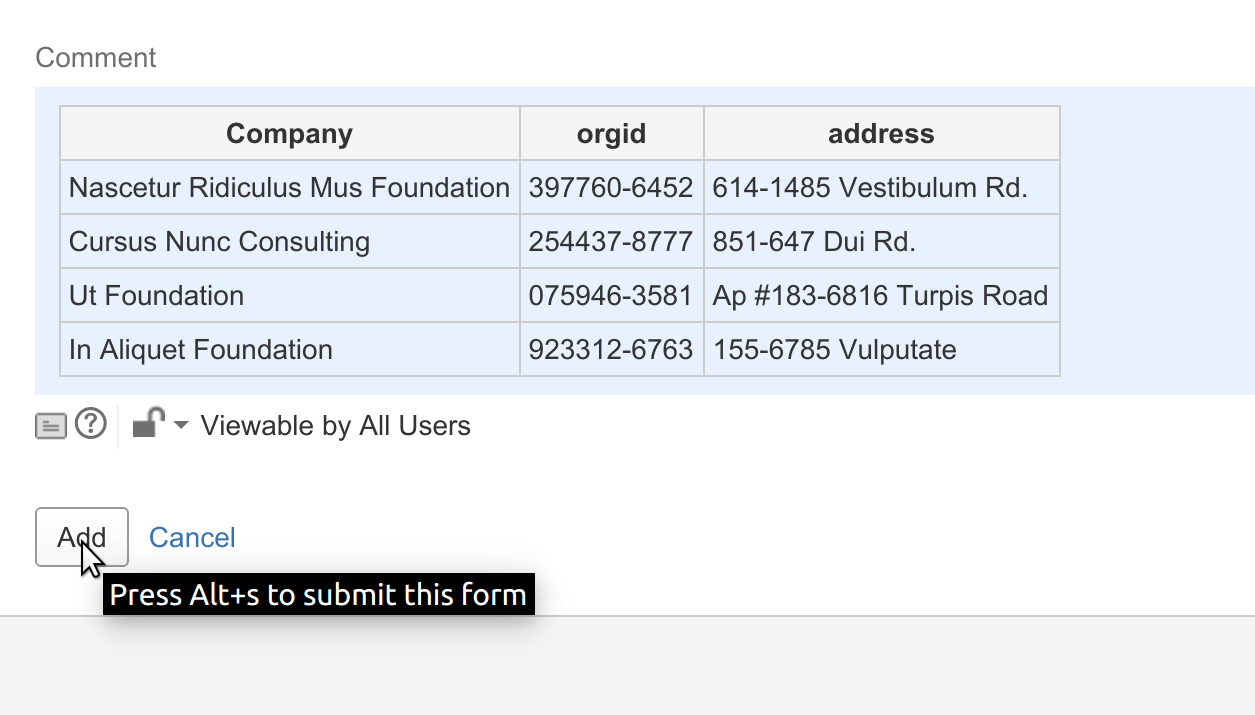 If satisfied with the results, you can click “Add” to submit the comment. You can, of course mix this with other text or code within your comment: 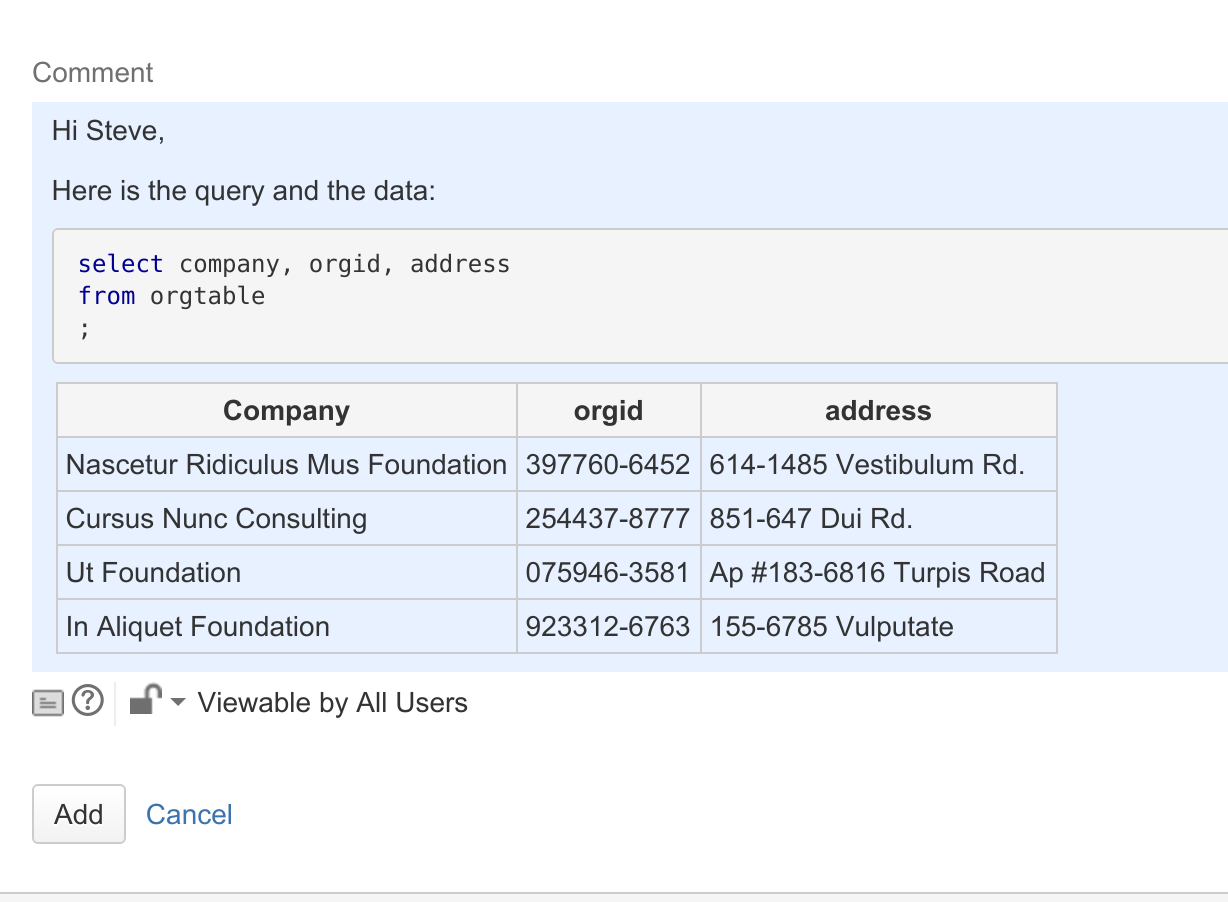 In some cases the width of the data makes it impractical to paste as-is. For those cases it may make the data more readable to paste it in transposed form (rows become columns). This is especially helpful if there are only one or two records, but many columns (10 in the example below).

Select and copy the wide data from the other application, as before: 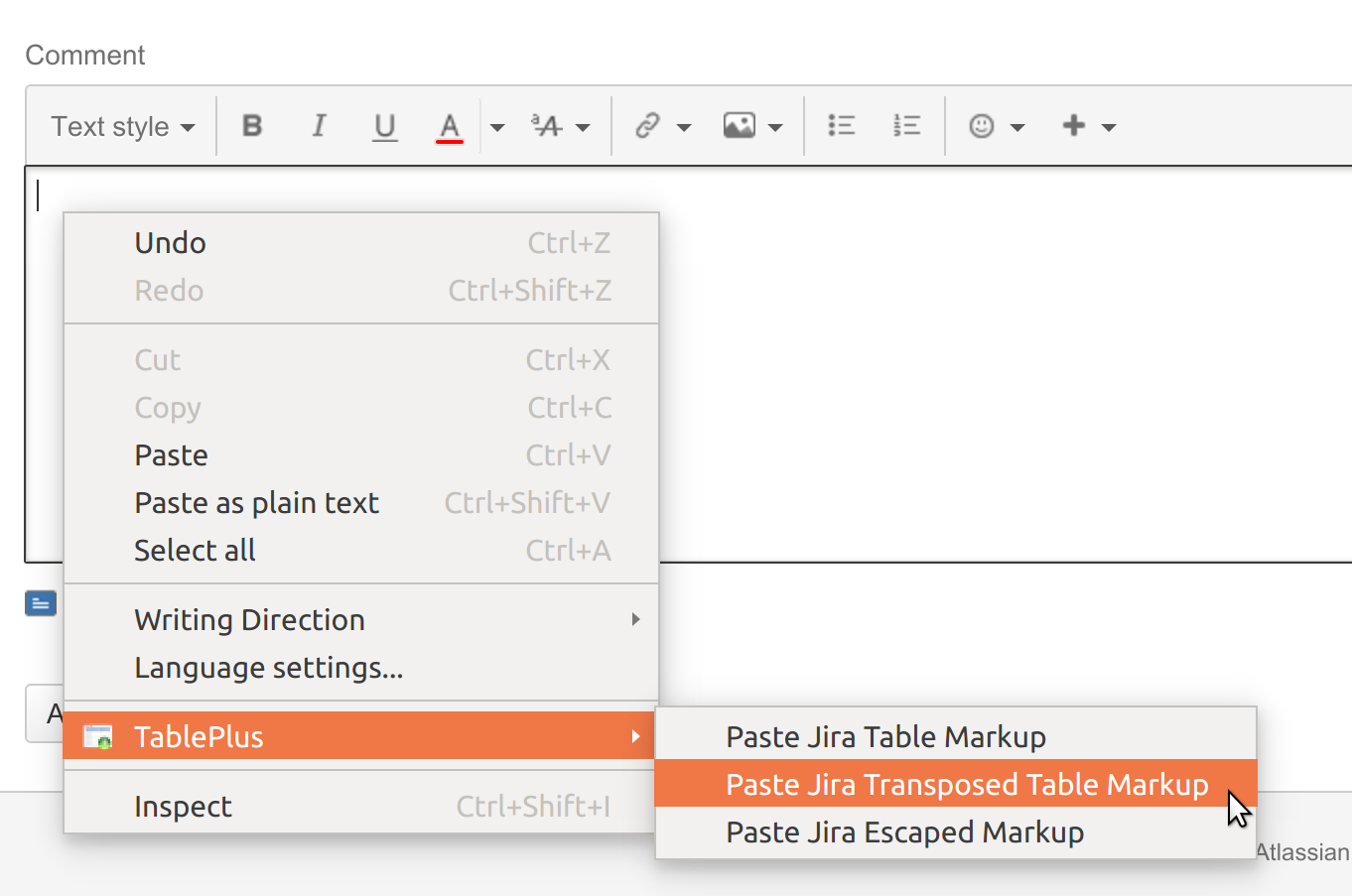 The pasted markup looks as follows: 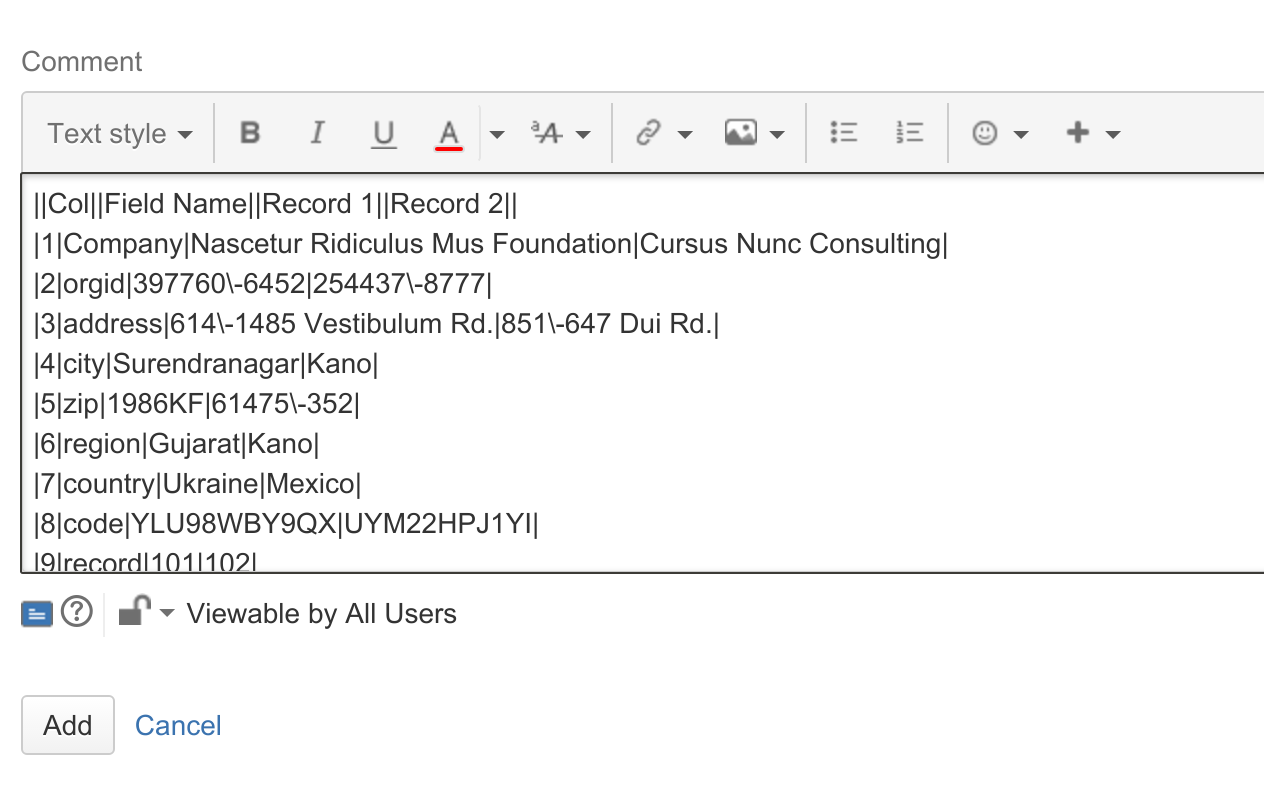 And if we preview it as before, we see the following, which is more readable than a 10 column table with 2 rows of data: 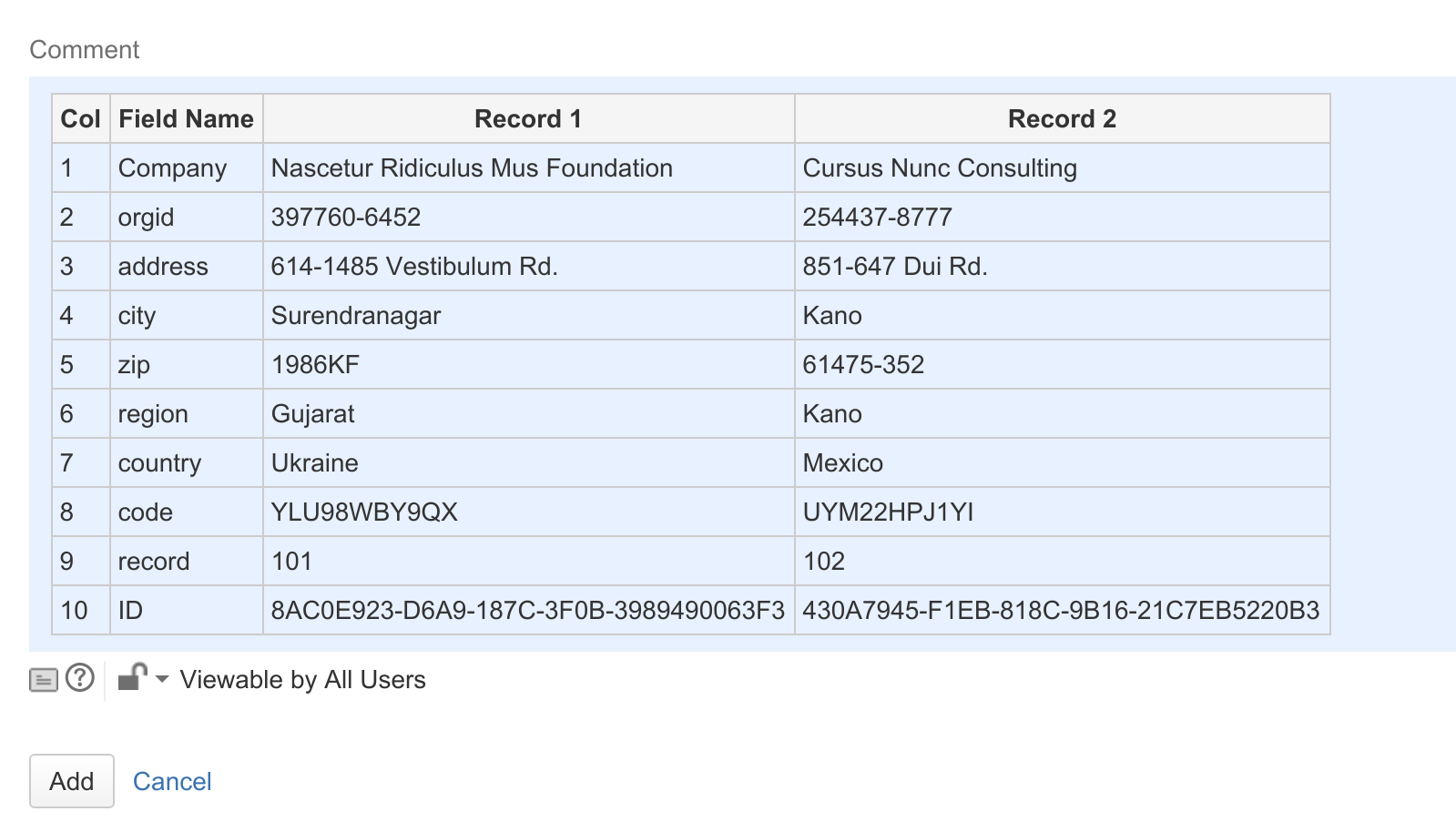 This last function is available in the event that you are entering text that would normally be interpreted as markup, but you would like it to be taken literally.

For example, you would like to type the word “Enter” surrounded by asterisks, but you do NOT want it interpreted as bold text.

In that case start with the string in your clipboard, and then select the “Paste Jira Escaped Markup” menu. The extension will escape those characters considered as markup by Jira. 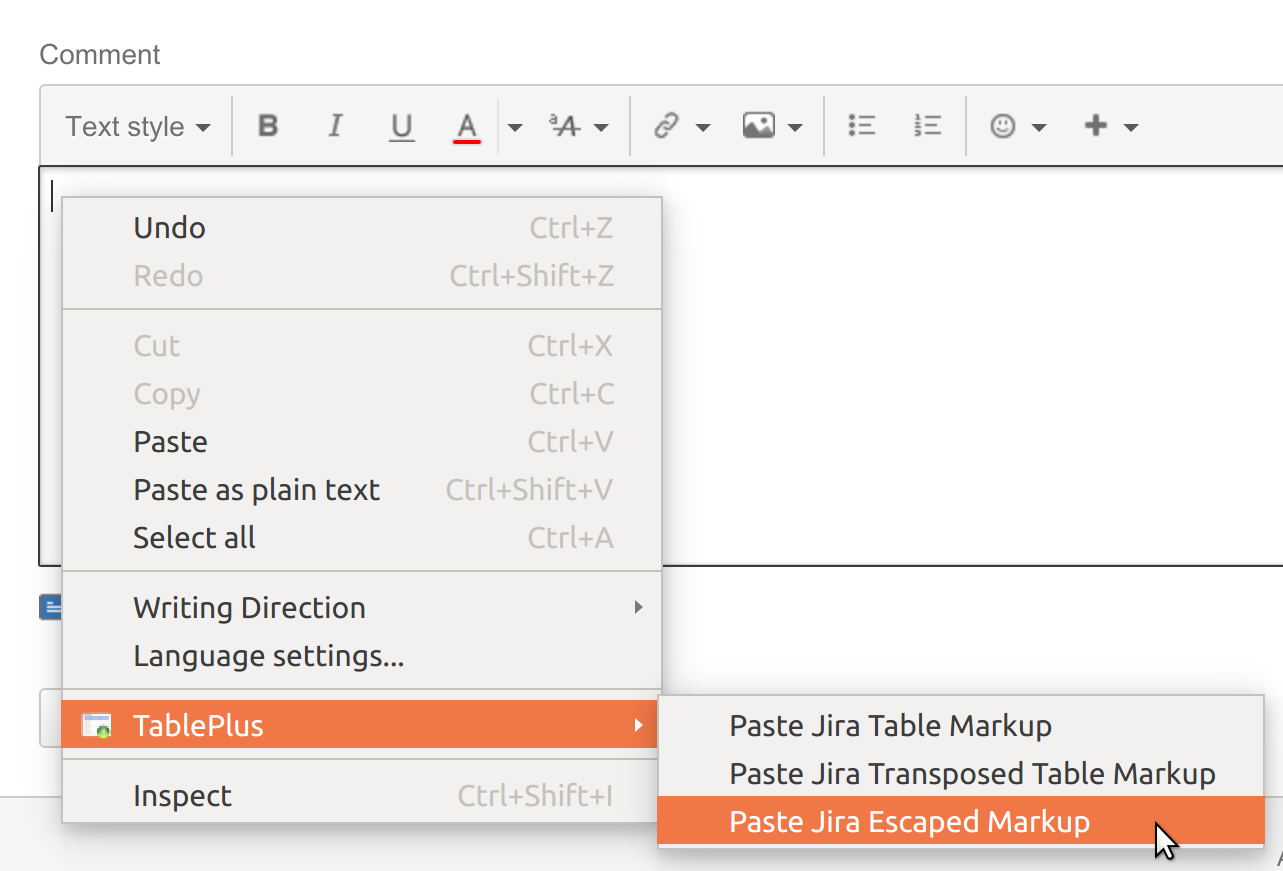 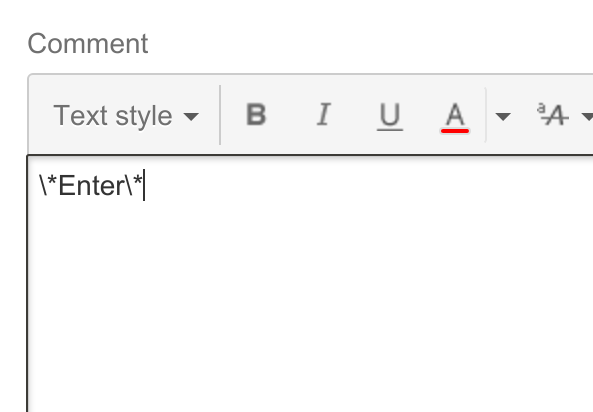 …and the asterisks are escaped so the rendered result is not bolded: 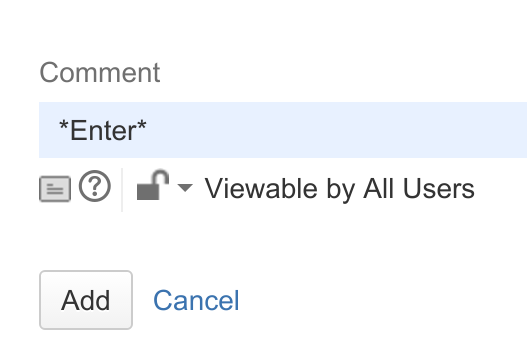 This was a short string that could have been escaped manually, but the function is useful for large paragraphs that could contain special characters that may alter the appearance of the text.

Want to see something else added? Open an issue.